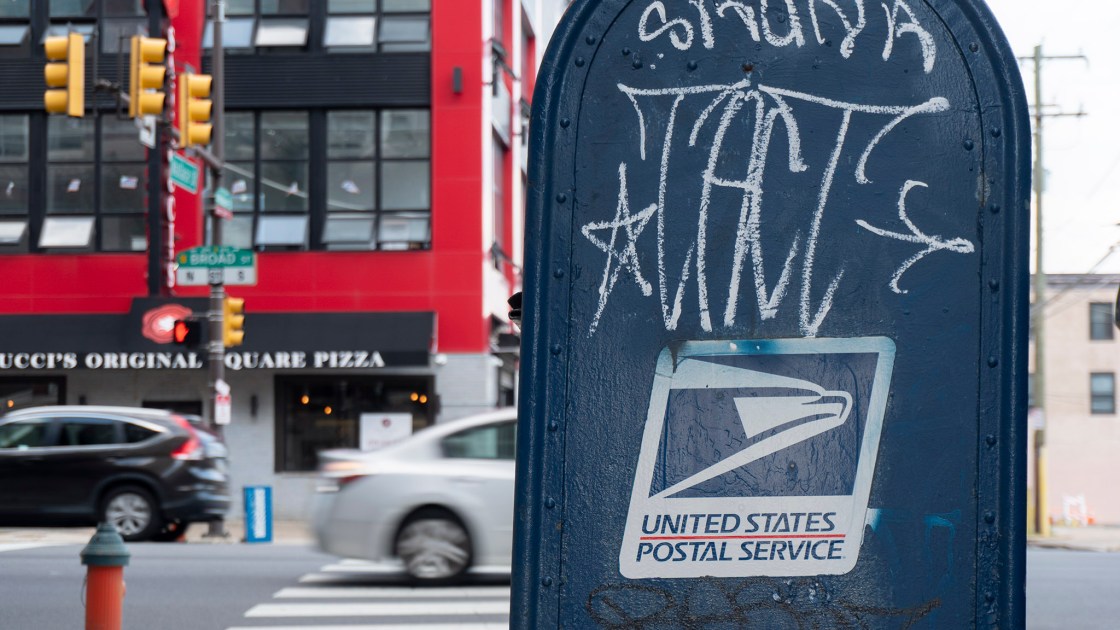 Early voting has officially come to Pennsylvania, bringing the commonwealth in line with about 30 other states that already offer an advance ballot alternative.

This is generally good news for turnout — studies have shown it increases participation — and for people who don’t like standing in lines. Last November, Philly’s polling places were snarled, with voters waiting late into the night, as poll workers struggled to work brand new voting machines. Unusually high turnout for a municipal election compounded the delays.

Even after a little practice with the new voting machine tech, the April primary could move slowly, too — presidential contests usually draw the highest turnout of all.

Thanks to a change in Pennsylvania’s election law, you can still fulfill your civic duty while avoiding the polls entirely. Literally vote from the comfort of your bed if you want to.

As of Feb. 11, applications for mail-in voting are now open. Here’s how to apply, and everything you need to know about the process:

Exactly what it sounds like. If you request a mail-in ballot, you’ll get, well, mailed a copy of the official ballot. You fill it out from home, send it back via mail, and your vote is counted the same way it would be if you checked in at the polls on Election Day.

Who can request a mail-in ballot?

Anyone who lives in Pa., babyyyyyy (as long as you have a Social Security number).

If you have a driver’s license or a state identification card, you can apply online. If not, you’ll need to print out a form and apply via good ol’ snail mail or drop it off by hand.

If you want to vote in Pennsylvania’s 2020 presidential primary — that’s on April 28, btw — your application has to be received by your county election office by 5 p.m. on April 21.

Assuming you’re approved — highly likely, unless you missed the deadline, or you don’t actually live here, or you’re committing voter fraud — then the county will mail you the ballot as soon as officials have it ready.

When do I need to send it back?

The deadline for your county election office to receive the completed ballot is 8 p.m. on Election Day — so make sure you get that thing back out in the mail with time to spare.

If you forget to send it back with enough time, don’t fret. You can hand it directly to the election office by the same deadline and it’ll still count. (FYI, Philadelphia’s county election office is in City Hall Room 142.)

Can you still go to your polling place?

I mean, yes, but the whole point is not doing that.

If you have an issue with your mail-in ballot — like you didn’t ever receive it, or you couldn’t figure out how to send it back, then this is a good back-up plan. Go to your regular polling place, tell them you had a problem with mail-in voting and they’ll give you a provisional ballot to fill out.

What’s the difference between this and an absentee ballot?

You don’t need a reason to use a mail-in ballot!

Absentee ballots are specifically designed to serve people who won’t be home during an election — think members of the military, college students, folks who are incarcerated but haven’t been convicted of a felony. But the mail-in ballot doesn’t require any proof you’re not around. Like I said, vote from your Philadelphia bed for all the City Commissioners’ office cares.

Do I have to apply every year all over again?

Nope! When you apply, you can ask to be placed on a permanent mail-in list. Then you should receive a ballot in your mailbox before every election.