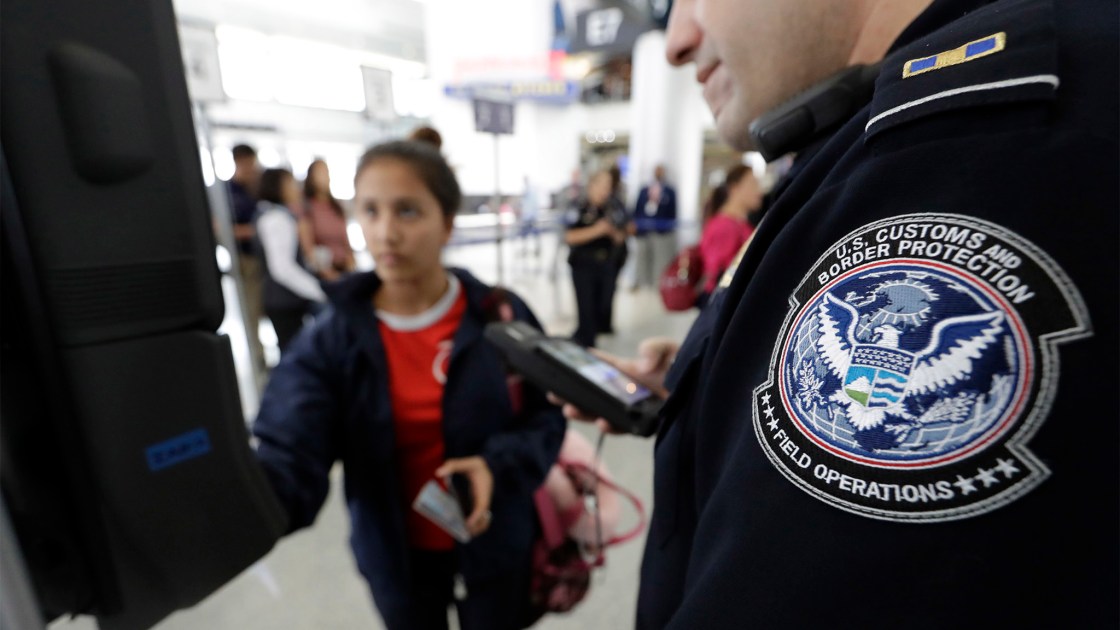 Soon, Philadelphia International Airport will be scanning your face before you board a plane.

In partnership with U.S. Customs and Border Patrol, the airport is beginning to roll out biometric screening, aka facial recognition technology. Starting next week, PHL will pilot three different face scanning machines at three international gates on select outbound flights, becoming one of 27 U.S. airports to use the technology.

“Working with our partners at CBP and our airlines will ensure our continued dedication to safety and security,” PHL Airport CEO Chellie Cameron said in a release.

The effort follows a mandate by the Department of Homeland Security to use facial recognition to ID all non-citizens traveling through U.S. airports. In December, the government pulled back an attempt to make it mandatory for citizens, too, after outcry over privacy concerns.

That’s not stopping airports from adopting the tech — you’ll just be allowed to opt out.

Starting Tuesday, Jan. 21, the iPad-like face scanners will be used for some flights on Qatar Airways, British Airways, Lufthansa and American Airlines that depart from gates A15, A16 and A17 in the International Terminal.

During the trial run, airport and government agency personnel will assess which biometric scanning system worked best, a process expected to last through May.

A full biometric screening roll-out is expected within a year, the airport said.

As questions about privacy and personal security abound, here are some basic things to know about the impending face scanners coming to PHL.

Biometric technology companies veriScan, NEC and SITA will operate tablets posted at the test gates that’ll capture your likeness. While the airport installs the photographic kiosks for international flight departures, CBP will install them to scan travelers entering the country.

The pics captured at the gate will automatically be compared with flight rosters using the CBP Traveler Verification Service, a federal government database of our faces.

How do photos get in the database to begin with? They can be images taken during Customs entry inspections, sourced from U.S. passports, visas and other travel documents, or any photos taken during previous DHS encounters, according to the CBP website.

“If the face matches, the machine will clear the passenger,” PHL Airport said in a release.

The airport also promises CBP will delete images of U.S. citizens within 12 hours of confirming your identity. Photos of non-U.S. citizens will be stored for up to 14 days and may be put into a DHS biometrics system, said Redfern.

On its website, biometrics company veriScan touts a 98.5 percent success rate with more than 1.1 million passengers scanned on 8,223 at 41 airlines.

The system is different than the eye- and fingertip-scanning systems operated by a tech company called CLEAR. That system hasn’t been adopted at most American Airline hub airports, like PHL. The airline told a travel blogger that the company is instead leaning toward facial scanning tech.

“Our view is the best way to speed up the screening process is to invest in new technology, like Computed Tomography, and focus on getting more passengers enrolled in TSA PreCheck,” an AA spokesperson said.

Facial recognition technology at airports is being touted for a bunch of different reasons.

NEC, one of three systems being piloted at PHL, says its tech helps expedite check-in and “identifies and admits VIP travelers effortlessly,” which… obviously good.

Biometrics network SITA similarly says its services will help airports handle the impending travel boom, set to double to 7.8 billion by 2036 according to industry predictions.

Then there’s the obvious: Border control. Biometric tracking of immigrant foreigners into and out of the U.S. has been required by law since 2004, but throughout the Obama administration, the information collected was restricted to fingerprints and photos.

Under the Trump administration, efforts ramped up. Since beginning to roll out its facial recognition program at airports in 2017, CPB said it’s apprehended seven “imposters,” traveling while pretending to be someone else.

As of now, submitting to facial recognition for outbound international flights is optional for U.S. and non-U.S. citizens. When you’re entering the country, you’ll have to use whatever tech CPB is using at the time.

The pilot biometrics program at Philly International will include the installation of new, digital notification signage, in English and Hindi, to alert passengers of the pending face scans as they approach their gates.

From there, folks will have to choose to opt out. You can do so by notifying a nearby CBP officer or an airline or airport employee. Your travel info will then be verified using another method.

One privacy-conscious traveler noted for the tech publication Wired that opting out of the process was difficult. The writer was traveling in Detroit and said they had to step out of the boarding line to speak with an airline rep., only to be told to rejoin the line and ask for a passport scan in lieu of a facial one.

“Travelers who do not wish to participate in this facial comparison process may notify an airline representative in order to seek an alternative means of verifying their identities and documents.”