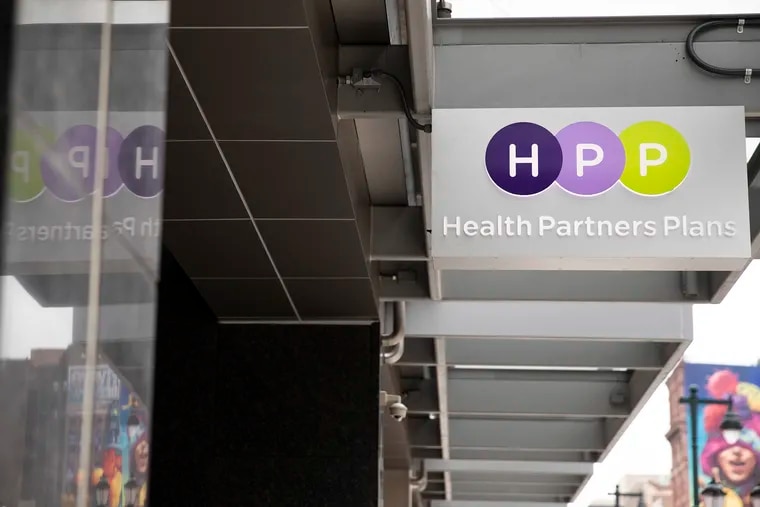 Health Partners Plans Inc., a nonprofit insurer founded in the 1980s by a collection of Philadelphia hospitals, has entered a new era under 100% ownership by Thomas Jefferson University since last November.

Jefferson paid Temple University Health System $305 million for its half of the Philadelphia Medicaid and Medicare insurer, which collected $1.3 billion in premiums in the year that ended June 30, according to Jefferson’s preliminary financial statement. The company has 769 employees.

HPP’s Denise Napier, who has been the company’s chief executive since 2019, spoke with The Inquirer on Friday about the company’s plans to expand its Medicare Advantage coverage into Burlington, Camden, and Gloucester Counties. Open enrollment starts Oct. 15 for 2023 plans. Until then, federal regulations prevent Napier from providing details about the new plan.

Another big change for HPP is that, as of Sept. 1, it provides Medicaid coverage statewide in Pennsylvania.

Questions and answers have been edited for length and clarity:

The decision to go into New Jersey actually happened before the transition. Since I have been CEO, I have really been looking at different markets and expansion. The expansion into New Jersey is a service-area expansion under our Pennsylvania license.

People in the contiguous counties in New Jersey cross over the bridges for care and vice versa. The providers in New Jersey already see some of the members who cross over, so they know who we are, and it’s an easier transition to go into those counties because we’re known there.

Jefferson will certainly be a participating provider, as well as other providers in the marketplace. We benefit from having a comprehensive provider network, and there are Medicare members outside of that Jefferson network that we certainly want to service as well.

» READ MORE: Jefferson’s new CEO on what needs to happen at the region’s biggest system of hospitals.

As a provider-owned organization, as we have been for over 35 years, what we bring to the marketplace is an understanding of the pain points of the providers and also how to work collaboratively with providers to improve health outcomes for our members.

One of the things you’ll find different with HPP is that we embed ourselves into the communities. We don’t just look at our members, but how do we improve that community because really that’s how we’re known and that’s how we grow.

It’s about trying to keep members healthy. It’s not about denying care. It’s not about limiting care. It’s about giving the care upfront so that members can remain healthy. That’s why we focus on quality so much, and outcomes, because that’s where your savings is going to come from. If people don’t go in and see the doctor, that’s the worst thing that can happen.

I don’t think so. We have an independent board, and we are really focused on growing the insurance side of the business, and growing outside of our service area. First and foremost, you always want to grow in your own backyard, and with those lessons learned, to get out and expand. We’re really focused on expanding our Medicare product, just like we wanted to expand our Medicaid product statewide.

From a statewide perspective, voluntary selection [by individuals] for any plan was very low. If I’m not mistaken, it was in the low 20% range for voluntary selection. The majority of the population was auto-assigned to the plans. We received about 85,000 additional members statewide. As of today, we have a little over 360,000 Medicaid members.

Staff Reporter
Our News team is comprised of veteran journalists and student interns with a passion for recency and relevancy.
View All Posts

Over 1,200 apartments proposed in West Philly near 46th and Market