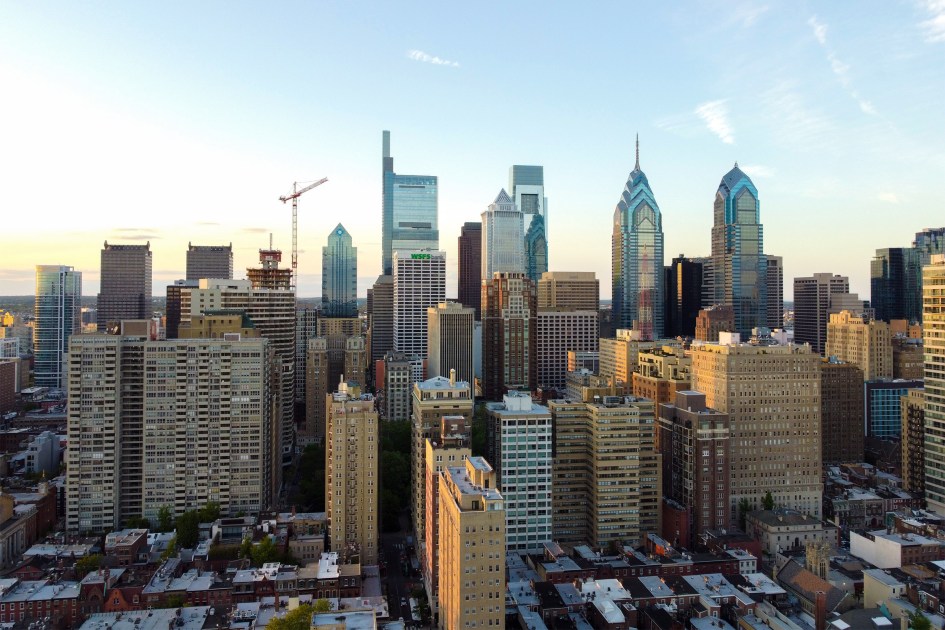 As pressure builds for companies to back up statements praising diversity with actual work, one of the Philly region’s largest employers is reporting progress.

Over the past four years, Independence Blue Cross and its affiliates have increased their spend with vendors owned or operated by groups of people often marginalized in the world of business by more than 30% — and expect to record a 50% rise over five years.

In 2018 IBX recorded over $100 million in spending with what it calls diverse suppliers, defined by the company as outfits run by women, veterans, LGBTQ or people of color. By 2020, that total had risen to $137 million. The health insurance provider is “on track to exceed our 2021 goal of $152 million,” Chuck Stefanosky, supplier diversity director at Independence, told Billy Penn.

How much of that total goes to local businesses? And more specifically, how much to local businesses run by people of color? That’s a whole different question, one the Philadelphia Anchors for Growth and Equity initiative aims to elucidate.

The PAGE initiative was launched in 2015 by the Economy League, a Center City think tank focused on regional economic prosperity. It came after a report from the City Controller’s office identified more than $500 million in spending the city’s most successful firms could redirect toward local businesses. PAGE held its 2022 summit this week, bringing together local leaders and entrepreneurs to find ways to bring the spending of “anchor” institutions closer to home.

Independence is one such anchor institution, part of a group primarily composed of the region’s “eds and meds” stalwarts — universities and healthcare providers like Drexel University and Penn Medicine.

PAGE hasn’t yet finished collecting similar data for 2020 and 2021, thanks to the delays and strains of the pandemic, a topic of discussion that ran throughout the summit.

“COVID was tough for everyone,” said J’nelle Lawrence, the Economy League’s PAGE director, “and our anchors stopped buying a lot.” The initiative’s goal right now is to help facilitate a sharp rebound. Its work will be aided by a $250k grant awarded by Bank of America, which was announced on Tuesday and will fund a dedicated DEI data analyst.

In a pre-recorded keynote address, Mayor Jim Kenney challenged the area’s largest firms to commit to $75 million in new spending with local Black and brown businesses. By the end of the event those in attendance said that the Mayor’s proposed figure wasn’t ambitious enough, encouraging anchor institutions to aim higher.

The virtual audience, which peaked at around 125 people, was an assembly of anchor institution employees, Economy League staff, and owners and representatives of local businesses. Many in attendance worked in real estate — as construction makes up a large portion of anchor spending totals — but sanitation, design, and consulting companies were also represented among others.

Councilmembers Mark Squilla, Jaimie Gauthier, and Isaiah Thomas were also present, and they spoke about how the public sector needs to make similar efforts. Thomas cited his recently passed “Keep it Local” bill, which requires the city to create annual procurement benchmarks for spending with local businesses.

“If we’re going to ask some of our anchor institutions, some of our bigger hospitals and universities, to invest in local Philadelphia-based businesses,” said Thomas, “then we as a municipality have to lead by example.”

Squilla, speaking as chair of City Council’s Committee on Commerce and Economic Development, promised he’d hold a yearly hearing to ensure “pledges and promises are in fact translating to contracts, jobs, and growth.”

Business owners and representatives at the PAGE summit shared tips on how to win contract bids during panel discussion and breakout sessions.

Stefanosky — the IBX supplier diversity director — suggested that local businesses view people with jobs like his as their “internal salesman” at big companies. Professionals were encouraged to concentrate on forming relationships, and to streamline information about their services to align with the pace executives keep.

“Suppliers would send me a 20-page PowerPoint. If I would send that to someone, they’re not going to read that, they’re not gonna have the time to do that,” Stefanosky explained to Billy Penn. Instead, he suggested small businesses send a single-page summary of their capabilities, which are easier to share internally and between large firms.

For his efforts in the field, Stefanosky recently earned several awards from organizations focused on businesses run by women and people of color, including being named Advocate of the Year by the Eastern Minority Supplier Development Council.

PAGE directors were excited to talk about their new Hurdle Fund, a philanthropic investment program created to help local Black and brown-owned businesses clear the requirements that come with being a part of an anchor institution’s supply chain.

Meeting insurance and bonding certifications, which limit the liability of all parties involved, can be costly. That’s where the Hurdle Fund, which launched with $125k in seed money, aims to step in to offer fiscal and practical support.

Still in its developmental stages, the fund’s goal is to expand its reach with more philanthropic capital once it has proved “targeted deployment” of support can lead to more contracts won by local professionals of color.

“What’s needed for the Hurdle Fund to continue to grow is anchor contracts and opportunities,” said Lawrence, the PAGE director.

She hopes PAGE’s impact is felt beyond the businesses that are currently in a position to work with an anchor institution. A decade ago, 6.3% of all businesses with employees in Philadelphia were Black-owned, according to the U.S. Census Bureau. When counting businesses with no employees — sole proprietorships like barbers, makeup artists, and freelance writers — the figure goes up to 26%. Those kinds of operations, however, are markedly less likely to receive contracted work from major institutions.

Lawrence wants to see the rate of LLCs rise in accordance with more contracts from anchor institutions to aid them, and she believes the initiative she’s running can help begin that paradigm shift.

“With programs like PAGE showing and proving that you can have access to our anchors,” Lawrence said, “I think we’ll continue to see more folks see the possibility of having Penn or CHOP as a client.”

Last updated on September 14, 2022
Staff Reporter
Our News team is comprised of veteran journalists and student interns with a passion for recency and relevancy.
View All Posts

Flood insurance costs decrease for many in Philly
Scroll to Top