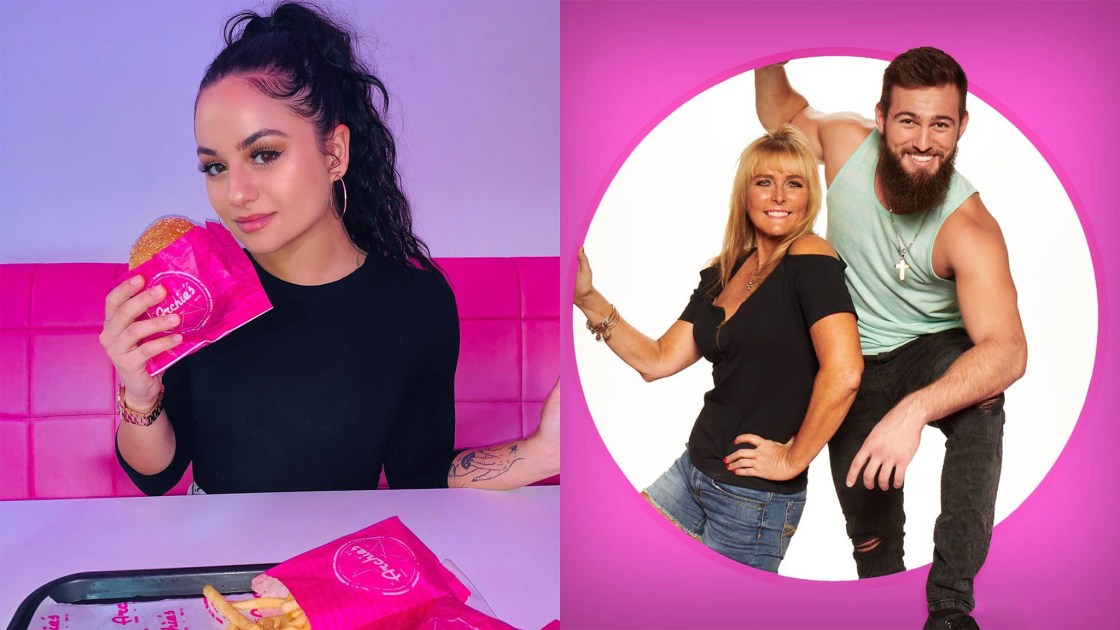 The new year brought with it a new reality TV show, one that welcomed the Philly accent to Netflix and taught the world how to pronounce Conshohocken.

A continuation of a British program that launched in 2018, The Circle‘s first season with a U.S. cast premiered on Jan. 1. Instead of all 12 episodes being released at once, viewers get four a week. The final set, including the season finale, hit the streaming site on Wednesday.

Unclear how it happened, but almost 20% of the American contestants are from the Philadelphia region.

There’s Ed Eason, who showed up on the Manchester, England, set from Conshohocken with his mom Tammy Eason in tow (though she was kept secret from the rest of the cast). Also on board is Sammie Cimarelli, who hailed from Delco before moving to Miami a couple years back.

The show offered the Philly-area natives a chance to peek inside the glamorous life of a reality TV star. What’d they find? Apparently the whole experience was colossally boring — if occasionally tasty.

“I would eat shrimp all day long, cold shrimp,” Sammie, who’s 25, told Billy Penn in a phone interview. “Then I would eat the other snacks, just laying there like a slob.”

Even a companion from home didn’t help. “While things weren’t going on, it was very quiet,” said Ed, the 23-year-old Conshy native who brought his mom along. “We had two people and we were bored out of our mind.”

The show’s sort of like a cross between Black Mirror and Big Brother. The dozen-plus rolling cast members compete to be the best “influencer” by earning votes from their fellow contestants.

Here’s the twist: They never meet each other in person. Each Circle contestant has to win over the hearts of their cast members with a Tinder-style profile — just a couple photos and a bio — and interactions via text-only chat. The potential for catfishing is limitless, but the payout could be huge. The prize for the most popular player? A cold $100 grand.

On screen, the show is packed with quick competitions, chats between players, and ranking sessions, when players vote for the best influencer. But in real life, each of those activities took only a few minutes. The rest of the time, they just sat in their apartments. No phone, no internet, no TV.

“We had a notebook, so I made some drawings,” Ed said. “There were books to read, but I didn’t feel like reading no books.”

Also, it was really hot — “like, sufferingly hot,” per Sammie — since the apartment building didn’t have air conditioning, and contestants weren’t allowed to open their windows for fear of exposing themselves to their castmates in adjacent units.

Boredom aside, Philly’s contestants brought a ton of regional pride to the national program.

When Sammie met Ed (and Tammy) — virtually, that is — there was an instant Philly connection. Ed revealed his Montco roots, and Sammie excitedly claimed Cabrini University as her alma mater.

“I’ve gone to so many parties in Conshohocken,” said Sammie, who works as a therapist in Miami. “So when he said that I was like, no fucking way.”

Meanwhile, the rest of the cast couldn’t even figure out how to pronounce Ed and Tammy’s hometown.

“It was hysterical,” Tammy, a 53-year-old mom and real estate agent, told Billy Penn. “We definitely put Conshohocken on the map.”

The Philly flare from these three is abundant. You can hear the hoagiemouth in their vowel sounds, and Tammy brings that unmistakable Philadelphia Burbs Mom Energy. In very Aunt Terri fashion, she pronounces emoji as “emojo” — and so far, her son hasn’t had the energy to correct her.

How’d Philly get so well-represented on the program? They all pretty much stumbled into it.

Ed, an engineer at Northeast Philly’s Leonardo Helicopters, got an Instagram DM asking him to audition. And once he started telling the Netflix producers about his mom, they wanted her to come along, too.

Sammie, on the other hand, unlocked her phone one day to find a weird voicemail, asking her to apply for a new reality TV show.

All three of them figured, why not? After applying, they had to go through extensive background checks and personality tests to make sure they’d do well in front of a national audience.

“It’s crazy how selective the process was,” Ed said. “One of the psychology tests had like 600 questions.”

The Philly team made it past the strenuous application process, and — alongside their fellow contestants — spent a month in their reality TV digs in the U.K. On Wednesday, Netflix releases the final episodes of this season, which reveal who won the grand prize.

The experience was tough for our beloved Philadelphia-area folks, but they insist it was worth it.

“The connections we made on the show were actually real connections,” Sammie said. “We talk every single day in a group chat. There’s always something going on between all of us.”

All ages partake in the mutual love. “How many 53 year olds can say they were on reality TV?” Tammy said. “Overall it was a wonderful experience. Lots of mother-son bonding.”