The $300 million police HQ will be called the Philadelphia Public Safety Building.

The new home of the Philadelphia Police Department and other public safety agencies is starting to take shape. Scaffolding on the old Inquirer building at 400 N. Broad St. is slated to come down within the next few weeks, revealing a beautifully restored historic clock tower.

The clock has been completely modernized, according to the company in charge of the restoration. It’s the first big milestone for the city-led revamp of what’s been dubbed the Philadelphia Public Safety Building.

“Construction…is moving along nicely,” said city spokesperson Mike Dunn, adding that the target date for the work to be “substantially complete” is January 2021.

The $300 million budget for the building and its restoration — a major deal with developer Bart Blatstein’s Tower Investments — has garnered scrutiny.

Structured as a 9-year lease followed by a sale, the Blatstein deal came after the city sank $50 million into a subsequently abandoned plan to locate the new PPD HQ in West Philly. The city did not conduct an independent appraisal for the purchase and rehab of the new facility, although the Inquirer reported the city will conduct one before it formally acquires the building from Blatstein.

Built in 1924, the hulking bone-white structure was constructed as the new home of the Philadelphia Inquirer. The city’s paper of record reported and printed its daily news out of the 468,000-square-foot property until 2012.

Its new incarnation will become the home base for more than just city police — who were, ironically, the source of frequent coverage in the building for nearly a century.

So far, government agencies confirmed to relocate there include:

While budget details are limited, the city disclosed one tidbit. The four-faced clock tower that presides over North Broad is being restored though a $75,000 contract with Elderhorst Bells, a Montgomery County-based restoration company. 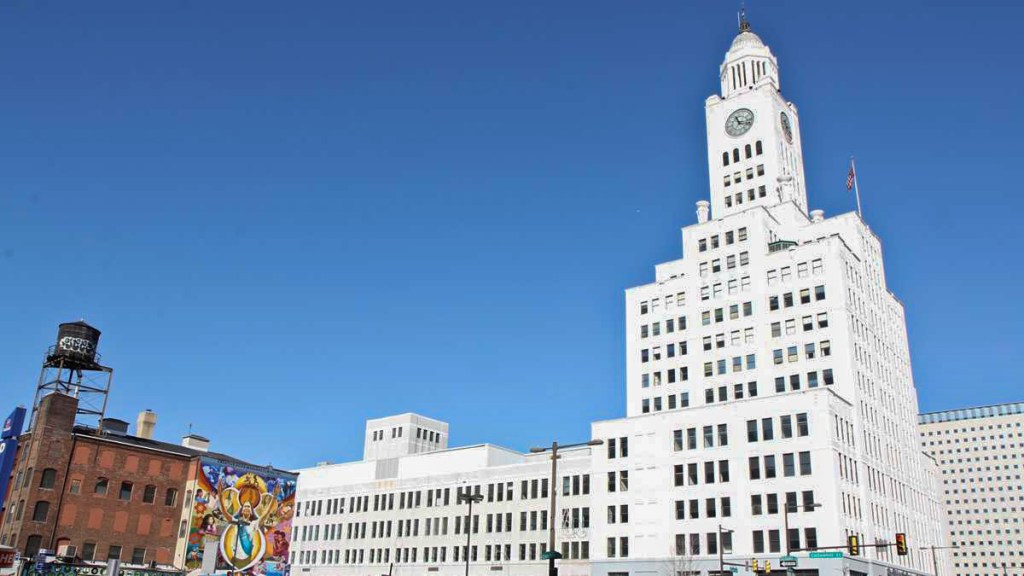 Jay Scales, business manager of Elderhorst Bells, told Billy Penn his team has been working since May. They are nearly finished restoring the exterior, and will be placing new hands on the clock face just before the tower’s scaffolding comes down mid-December.

Elderhorst has impressive chops; its resume of historic clock tower rehabs include Independence Hall, the Paramount Building in Times Square, and the Colgate Clock in Jersey City — one of the largest in the world.

Spanning the 18th and 19th floors, the Inky building’s old timekeeper is larger than average. It’s an original Seth Thomas clock face, about 16 feet in diameter, and Scales says his team is focused on preserving its history while giving it a needed update.

“It’s a difficult thing to keep running well, especially at a police station,” Scales said. “So we’re mothballing all the historic mechanics of the clock in a push to modernize everything…We want it to be a ‘set it and forget it’ operation.”

In other words, the new clock will be fully automated without need for much regular interaction from public safety officials in the building. 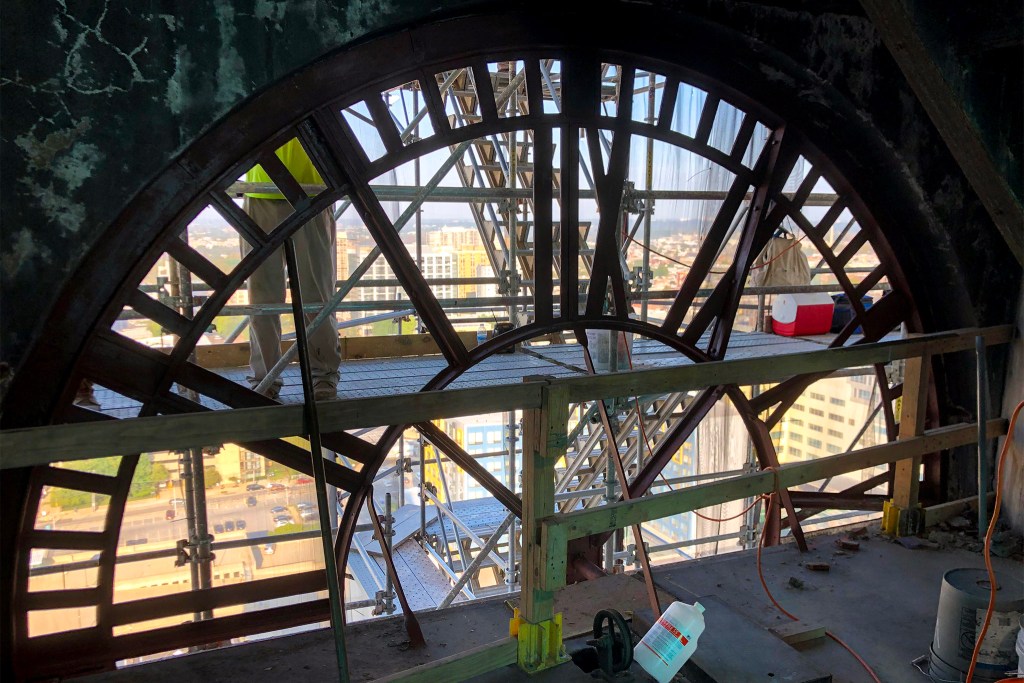 Scales says the clock will automatically adjust for Daylight Savings twice a year (unlike the hand-cranking necessary at City Hall) and will also be synced with four large bells located in the building’s cupola. The bells will play the traditional Westminster Chimes ditty at the top of each hour — or any time interval of the city’s choosing, per Scales.

The restored tower will preside over North Broad soon, sans scaffolds, but it won’t start to keeping time until next year. Scales expects Elderhorst to finish the internal restoration around March.

As for the rest of the renovations, they’re moving along at a clip, Scales said:

“They’ve been doing so much work inside the building. We go one week and there’s no walls on an entire floor, and the next week the walls are up.” 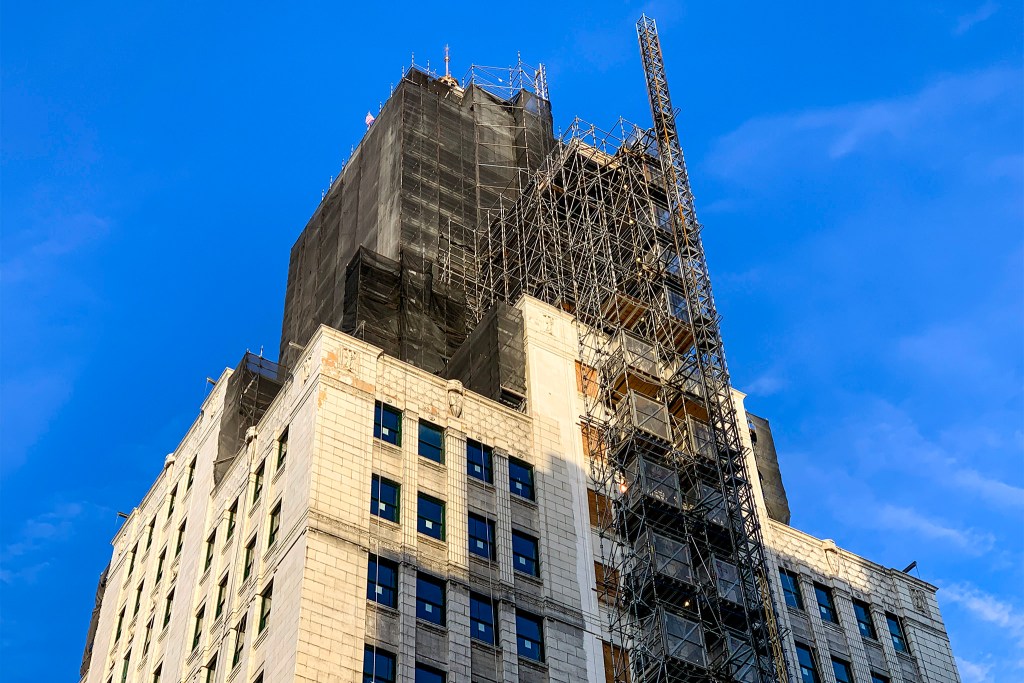 How To Ring In The New Year, Philly Style

December 31, 2019
This Week In Philly Uncategorized