They were supposed to cook an exquisite feast at Reading Terminal Market this weekend. Billed as a Philadelphia version of Octavitas, it was to be an elegant take on the Puerto Rican celebration that extends the winter holidays longer than almost any other culture.

On Jan. 7, Puerto Rico withstood its biggest earthquake in a century, a 6.4-magnitude temblor that caused hundreds of evacuations and at least $110 million in damage, with more than 550 structures affected, according to PR Governor Wanda Vazquez. Over the past two weeks, the area has felt more than 1,200 tremors — many of them large, like the 5.9 quake that shook the ground along the island’s southern coast on Friday.

Instead of a fancy, ticketed dinner in the center of the city, the pair of Latina chefs, who were brought together by local nonprofit Gusto Philly, decided to collaborate on a series of pop-up fundraisers hosted in the intimate dining room at South Philly Barbacoa.

“Once we saw that this was so critical, that there was so much crisis,” Gusto cofounder Marangeli Mejia-Rabell told Billy Penn, “we decided to switch to something more casual, with more opportunities for people to take part and donate.”

Each night through Tuesday, Martinez — who has become renowned both for her cooking and her immigrant rights activism — will be joined at her famed taco restaurant by Grubb, one of Puerto Rico’s most admired and well-known restaurateurs.

After Grubb shops her way through the Italian Market, she’ll create a small menu of Philly-inflected Puerto Rican favorites, and serve the dishes at BYOB dinners to raise money for people affected by the quakes.

No reservations are required for these events, which start at 7 p.m. each evening and are seated on a first come, first served basis.

The first pop-up took place Saturday night, and it was a huge success, Grubb said.

“We probably served 80 people — I ran out of food — but we raised over $500 in cash donations,” she told Billy Penn. “It was fabulous. Hopefully we’ll get to more today. People were so generous.”

The money, a combination of cash payments for the a la carte menu and donations that guests made directly via Venmo, will go to Serve PR, the nonprofit Grubb cofounded after Hurricane Maria to help people in the service industry get back on their feet.

“There’s no power in that area,” Grubb said, referring to the historic city of Ponce and the island’s southern coast, which she said is usually considered a vacation destination by residents of PR. “We want to help industry people that might be out of business at the minute. Give them generators, or carts for farmers’ markets, or help pay someone who hasn’t gotten a paycheck.”

The collaborative spirit is strong in Philadelphia, Grubb said, praising the city for its diverse restaurant culture.

“It’s not my first time visiting,” she said. “There’s a unique population here. I’m a huge fan of the food — the Vietnamese food, the cheesesteaks, the Italian food.”

After South Philly Barbacoa finishes its regular taco service on Sunday and Monday, plus Tuesday, when it’s usually closed, Grubb will turn the small dining room into a Puerto Rican restaurant. 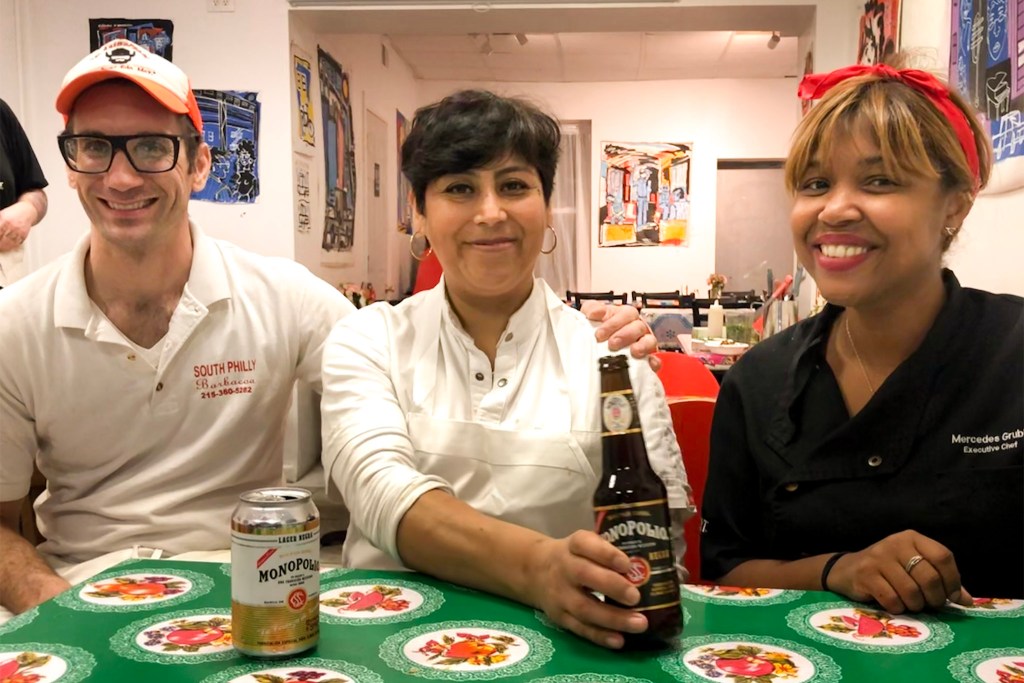 Each night’s menu will be slightly different, depending on what she finds at the stands along 9th Street — “They had plantains! Amazing” — which will be combined with a few staples she brought from home:

By way of example, Saturday’s menu is below.

If you go, expect some of the same, and some new dishes too — “I’m thinking of making shrimp salad,” Grubb said on Sunday morning.

The dinners are BYO, but there’ll likely also be some complimentary sips from Don Q — the Ponce-headquartered spirits maker was going to be part of the original Octavia celebration at Reading Terminal, and eagerly donated to the pop-ups instead.

Tip from the organizers: arrive between 7 and 8 p.m. if you want to assure yourself a seat. If you want to just stop by to drop off a donation or say hello, people are welcome to do so, Grubb and Mejia-Rabell said. 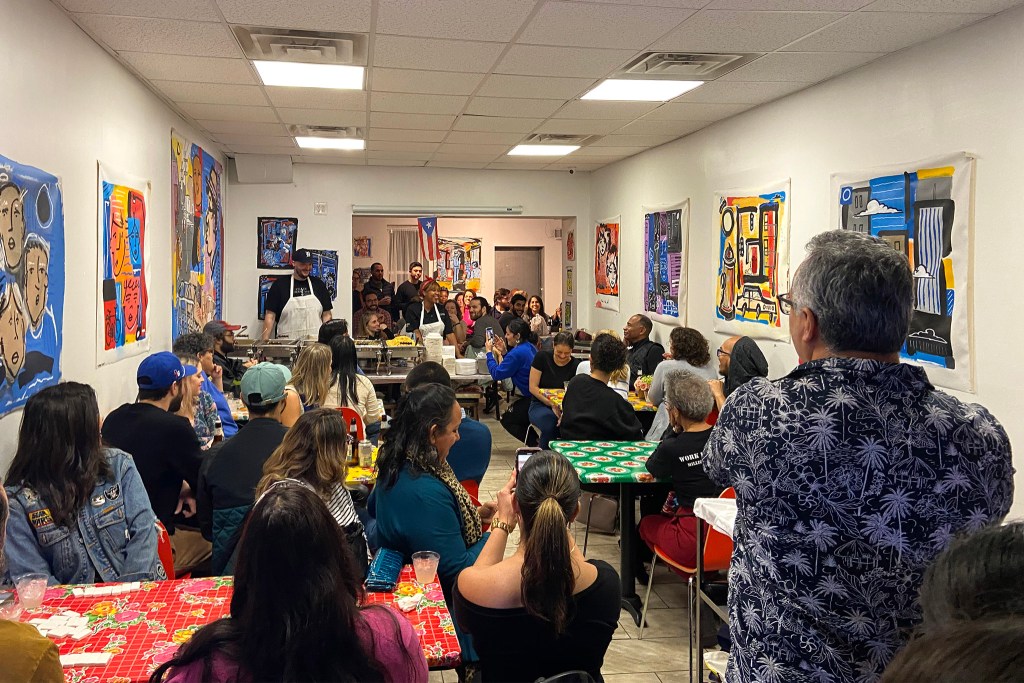 Philly’s Methodist churches are about to split: Some accept LGBTQ people, others banish them