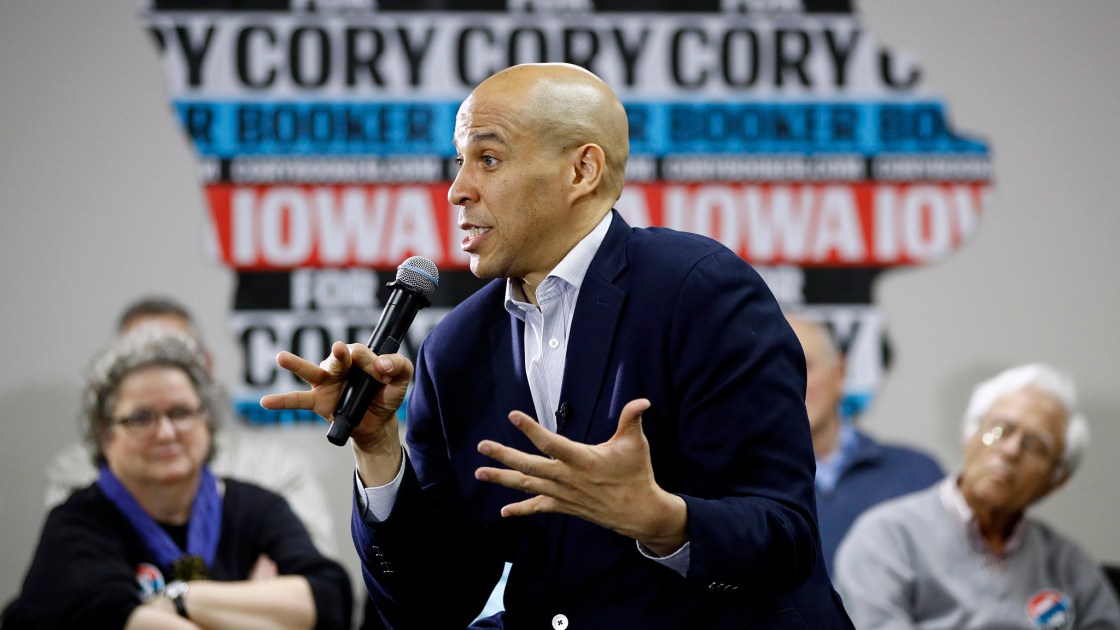 “Our campaign has reached the point where we need more money to scale up and continue building a campaign that can win — money we don’t have,” Booker said in a statement announcing his withdrawal. He also failed to qualify for the December and January debates.

Now, the only Black candidate left is late-starter Deval Patrick, a former Massachusetts governor polling below 1%. He stands with tech entrepreneur Andrew Yang and Hawaii Congresswoman Tulsi Gabbard as the only non-white presidential hopefuls in a once colorful 2020 Democratic field.

Booker was also one of the few candidates with ties to the Philly region. But according to a study by New Jersey’s Monmouth University, Booker was polling in fourth place in his home state, behind U.S. senators Joe Biden, Elizabeth Warren and Bernie Sanders.

Here’s why Philadelphia political consultants say the onetime rising Democratic star had to bow out.

Political campaigns are an exercise in entrepreneurship, an arena where people of color continue to struggle with access to capital, said Philly-based strategist Mustafa Rashed.

“If you’re a person of color,” Rashed told Billy Penn, “the access to networks, the resources that you’re going to have [are] typically less than non-candidates of color.”

Two weeks after Booker joined the race, he was polling below Michael Bloomberg, the billionaire former New York mayor — who at the time was still many months away from launching his campaign.

After reaching a high mark of 6%, Booker was polling at just 1.8% nationally when he dropped out.

Sen. Kamala Harris, a Black and Indian woman, fared better than Booker in national polls. Her support spiked at one point to 15%, and when she dropped out on Dec. 3. she was polling above Yang, Amy Klobuchar, Tom Steyer and Gabbard, all of whom remain in the race

At the time, Harris cited a lack of financial resources.

“African-American candidates, especially at a national level, have a very hard time trying to break through the financial resources barrier so that they can compete and share their vision and idea for where they see the country going,” Rashad said.

Other candidates with lower national profiles have had more success tapping into a financially supportive base.

“Mayor Pete [Buttigeig] has been able to raise an enormous amount of money,” Robbins said. “[T]here are certain privileges that are given to certain people when it comes to fundraising.”

Booker had raised more than $11 million for his successful 2013 senatorial run, and by 2014, records show he’d raked in almost $18 million. But local success in blue state that’s 55% non-Latinx white may not translate to national success in a country that’s less diverse as a whole.

“There’s a challenge,” said Rashad, the political consultant. “How you get people from across across the country to buy into your vision without really knowing much about you.”

Robbins was a delegate at the 2016 Democratic National Convention when Senator Cory Booker gave the awe-inspiring DNC speech that elevated his already glowing profile nationwide. With that speech, the then-potential VP candidate for Secretary Hillary Clinton’s presidential bid stirred up talk of his own run as head of state.

“I believed in him,” Robbins, a former candidate for Council-at-Large, told Billy Penn.

But polls in South Carolina, a state used to gauge the temperature of the African American electorate, showed Booker couldn’t grab Black voters.

“He didn’t seem to connect with voters all over the nation, particularly in South Carolina, like most black candidates need to,” Robbins said. “Sometimes it’s not just your qualification, it’s also your appeal. Your level of charisma.”

Philly’s Methodist churches are about to split: Some accept LGBTQ people, others banish them